After landing at the Cancun International Airport, taking a bus downtown & spending several hours at a hostel (just minutes from the ADO bus station), I hopped into a taxi and headed to the Grand Mall to meet my Couchsurfing (CS) host Paco. Though short in time, the ride itself to meet him was quite an adventure. I soaked up the hustle and bustle of downtown Cancun, lucky enough to have an extremely friendly driver who was super stoked to practice his English.

Keep in mind that I am still lugging around enough baggage for three people, so I was a bit embarrassed as I climbed out of the cab to wait on the sidewalk, dropped in front of what seemed to be a very upscale boutique. Luckily, Paco had gotten off work early and was there to greet me within minutes of my arrival. Although the walk to his home was only ten minutes or so, we decided to hail another cab rather than drag my luggage through town. Whew.

Naturally, considering this is my very first CS experience, and I am being hosted by a guy, and this guy happens to have *contacted ME about staying with him (rather than me having sent him a host request), I was a bit nervous.

However, Paco was amazing. He immediately made me feel at ease with his warmth, solid grasp of the English language, and all-around likability. He explained that there were to be three other CS’s also staying with him; two guys from Argentina, already camped out, and a girl from Brussels, who would be arriving the next morning. So it seems, that for my first night away from home, and my first experience CS-ing, we were to have a house-full of surfers.

Believe it or not, this actually made me feel even more comfortable. I was looking forward to meeting people from different parts of the world and was excited to be right where I was, right in that moment. It was like an immediate reward for having the courage to make this leap of faith and follow my dreams of seeing the world and meeting new people from all of Her different lands; and equally rewarded for having the guts to try the CS experience on my first leg of the journey. Both decisions, to tell the truth, many people back home felt was just plain “loco”.

We arrived quickly, and as Paco and I entered the atrium of his abode the two Argentineans were heading out for dinner. Three kisses on alternating cheeks from both of them in greeting, and then Paco showed me into his home. I must say this was my first “wow” moment. The atrium assumes (from a Western standpoint) a grander inside than outside. Not so in Mexico, per my experience thus far.

The sparse but clean living area was about the size of a master bedroom. There was a small cot loaded with blankets & pillows against the far wall, one full-size air and one twin mattress up against the east wall,

a small refrigerator, some shelves with a hot stove and other kitchen-y stuff on the west wall,

a tiny bathroom with a toilet that didn’t really work unless you filled a large bucket with water in the even smaller stand-up shower to flush it, to the west,

and two normal sized bedrooms, both of which Paco had arranged for easy share with guests.

Through the back door, which was directly across the entry door, there was a bare, but clean, uncovered patio with two clothes lines and a chair.

Having described the place, I must add that there were two “wow” factors. The first being, that coming from what many may consider to be an extremely privileged situation, one certainly where I often had two spacious & well-equipped bathrooms to say the least, it was an immediate intro to culture shock. “What do you mean we have to fill a bucket to flush the toilet?” The second “wow” was that this human being was so open, hospitable, and generous with what little he had. Completely unashamed at explaining the toilet situation (although he was politely apologetic) which his property owner had not addressed (there is no “court” to address rental grievances… you get what you get in Mexico) – Paco was welcoming, gave me space to situate myself, and then took me for a short tour of his neighborhood.

We had dinner at a local and delicious glorified ‘street food’ Café and enjoyed great conversation surrounded by the smells, sights and sounds of magical Mexico.

Needless to say, I went to sleep that night safe, sound and happy to have gotten on the plane.

The next few days flew by. The Argentineans did their own thing, Paco went to work as usual leaving me to buck up and fend for myself. I walked around & just absorbed the reality that I sure as heck wasn’t in “Kansas” anymore. I even braved up and chose to eat the “real” local street food.

I decided to do another “luggage check” and went through all my things to decide what I really needed and what I could leave behind for others who may actually be able to use my excess. I left quite a bit behind, including my Swiss Army Backpack. (See a future post about the actual pros/cons of those results!)

When the adorable & French-speaking Noélli arrived, who had been touring Mexico for quite some time, Paco was kind enough to leave us convenient and precise directions to explore his lovely Cancun. Meeting another “Chic” who was also travelling solo was very comforting and inspiring. And the fact that she knew just enough Spanish to get us to and on the correct buses was very helpful. I would most likely have wandered around aimlessly and fearfully, never seeing the beaches of Cancun had it not been for her language skills & companionship. We explored the neighborhood one day, and then with only one mishap on one of the buses, we made it to the BEACH!

The water was the bluest I have ever seen… and so WARM!! Coming from the Pacific coast, I can say that though the waves may not be as surfable, you won’t be able to keep from smiling in the face of such absolute beauty.

There was a hoard of seagulls dancing directly over our heads…. and I mean directly, like within an INCH over our heads… a little on the freaky side, but they seemed to keep their boundries and not totally invade our personal space by acutally LANDING on us!

I cannot go without saying, however, that I am definitely not a fan of how unconscientious tourism, greed and misuse of the $dollar$, has literally stripped the view of the Caribbean coastline of Cancun from its local people. The bus ride through the Hotel Zone to a “public” beach was hearbreaking. As “tourists”, we could have walked into and through any of the hotels to enjoy the “Hotel’s” beach – but the locals are not permitted to do so without paying for a room. Driving down the strip and seeing only concrete and windows, without so much as a glimpse of the coastline through the kissing buildings was depressing – and I was ashamed of the greed of it all. =(

Knowing beforehand about the crushing amount of tourists in Cancun was the main reason I initially had no desire to even stay there. My intention was to get in and get out of Cancun as quickly as possible. Seeing first hand how the beauty and magic of the Caribbean has been “bought out” just pushed me over the edge. If it hadn’t been for staying in a place filled with the locals, the hospitality of Paco, and the companionship of Noélli, I wouldn’t have even spent the four days there which I did… and despite my feelings about certain things concerning Cancun – I am soooo glad that I did!!

Couchsurfing in the central area where the local people live and breathe, getting to know “Ambassador” Paco, lounging on the beach, swimming in the pristine & sky-blue waters of the Caribbean sea, getting to know the super-friendly people…

Last high five and props to Paco… on my final day, I had to take a taxi from his casa to the bus station to move on down the road to my next destination, Playa del Carmen… and he literally walked me to the main road and waited with me until a cab came. He assisted in negotiation for fare, and saw me off in style. So for those of you who wig out on the idea of CS, I say, give it a fair shot. It could end up making your trip worthwhile.

I would have missed out completely on my Cancun adventure had it not been for the great experience with a local who grew up and lived there, through CS, and that would have been my own tragic personal loss. Thus far, I must say, that if you have the opportunity and the balls, always and in all ways, choose the “Road Less Travelled”.  Next stop…. Playa del Carmen, Mexico! Woohoo!

Here is a slideshow of more photos of AuthenChic Adventure Cancun – enjoy!

Adventures in Quintana Roo: Part One – CouchSurfing in Cancun “De Plane, de Plane!!” Before navigating through Quintana Roo en route to my first ‘living’ destination, I had to first manage to navigate three airports and a Mexican bus terminal … Continue reading → 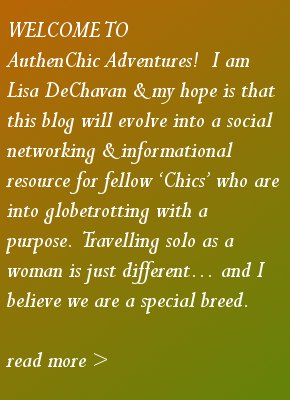 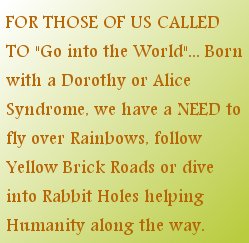 AuthenChic Adventure #1 ~ 6 months at an Orphanage in Guatemala 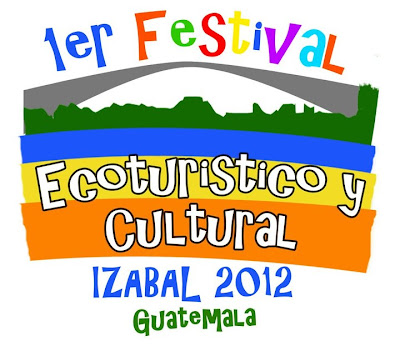 If you enjoy perusing the site and would like to contribute to this global adventure - please do! Every dollar counts! You can also inquire about purchasing high-quality photographs (up to 4'X 3'), or contribute specifically to a certain purchase (such as the replacement of my sweet Canon camera which was jacked on the road!).You can also live vicariously through me by funding a specific adventure! Simply contact me for more details, or just click the Paypal DONATE button below!

for the fish to bite or waiting for wind to fly a kite or waiting around for Friday night or waiting, perhaps, for their Uncle Jake or a pot to boil, or a Better Break or a string of pearls, or a pair of pants or a wig with curls, or Another Chance. Everyone is just waiting.

No! That’s not for you!
Somehow you’ll escape all that waiting and staying. You’ll find the bright places where Boom Bands are playing. With banner flip-flapping, once more you’ll ride high! Ready for anything under the sky. Ready because you’re that kind of a GAL!"

Read it here & be INSPIRED!!

Click the globe to read some facinating 411 about the ruins in COBA, Mexico - where I recently climbed to the top of a great Pyramid!

"One man's junk is another man's treasure"
K.C. Miller